Dolomite is both a mineral and a rock. Dolomite is a calcium-magnesium carbonate. It is very similar to calcite and limestone in its chemical make up. Dolomite is white or light pink in color. It has a hardness of 3.5 - 4 and only will react to acid when it is heated or in powdered form. Dolomite is used as a building stone and as a source of magnesium.

Graphite and diamond are both pure carbon. The difference is the amount of heat and pressure that has been put onto the two minerals. Diamond is the hardest natural element on Earth with a hardness of 10 which is the maximum on the Mohs hardness scale. Graphite is a very soft mineral with a hardness between 1 and 2. Graphite has a black streak and was probably formed by the metamorphism of plant remains or by the crystallization of ancient magmas.

Hematite is the most important source of iron ore in the world. The production of iron has been important to nations of the world for over 2500 years. Today the addition of other minerals to iron has lead to the production of steel which is vital to the economy of the major countries on Earth. Hematite has a red or black color but the streak is always red. The iron in the hematite turns red when it comes in contact with water and oxygen. In other words this rock is rusted!

Kaolinite is a clay mineral which is formed by the weathering of feldspar. It is one of the most common minerals on Earth. Kaolinite can be found in all parts of the Earth. It is very soft with a hardness of 2-2.5. It has a color of white, pink or grey and a streak of white. The chemical make up is Al2 Si2 O5 (OH)4.

Quartz is a common mineral that is found in many different types of rocks. The chemical formula is Silicon oxide (SiO2). One type of quartz is easily identified by its hexagonal crystals, but quartz can also be found in a large mass. Quartz can be broken or weathered into the tiny pieces we know as sand. Quartz is a very hard mineral and in fact is the hardest of the common minerals. Quartz is number seven on the Mohs hardness scale. Quartz is also chemically stable, which means that it weathers very slowly.

Quartz is used by humans in producing optical instruments and electrical devices. It is also used to make sandpaper and grinding tools. 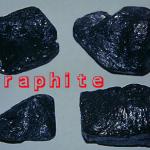 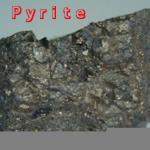 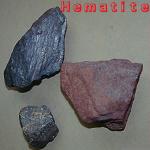 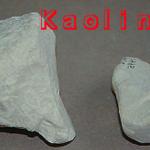 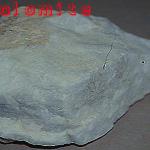 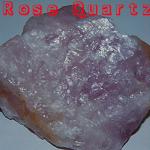