Frosty is a stratovolcano located north of Unimak Island in the Aleutian island chain. 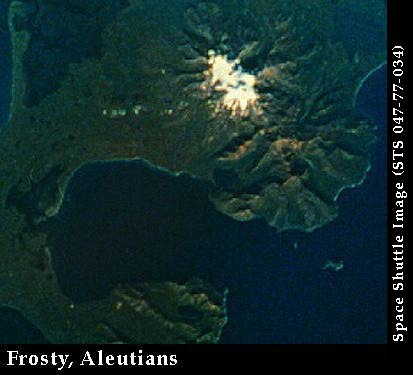 It is the youngest of two large volcanic structures of the Cold Bay volcanic complex, and is the westernmost Holocene volcano of the Alaska Peninsula. 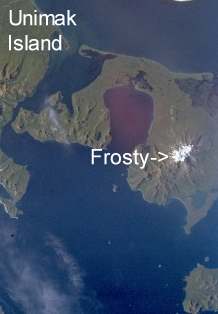 Space Shuttle photo STS047-077-034 looking northwest across the western end of the Alaska peninsula and the north-eastern tip of Unimak Island. The Cold Bay volcanic field, including the Holocene stratovolcanoes of Frosty Peak, are shown.

Frosty Peak has undergone at least two episodes of stratovolcano formation and collapse. The older cones have been glaciated.

The crater contains a Pleistocene to Recent summit cone that is about 600 m high.