Dakataua caldera is 10 by 13 km and has a volume of 75 cubic km. The most recent episode of caldera collapse was probably about 1,150 years ago. Mount Makalia, an andesite volcano, and other volcanoes that have erupted along the outer caldera rim partially fill the caldera. The freshwater lake is at least 120 m deep. The most recent eruption was at Mount Makalia in 1890. The eruption produced three cinder cones and lava flows. 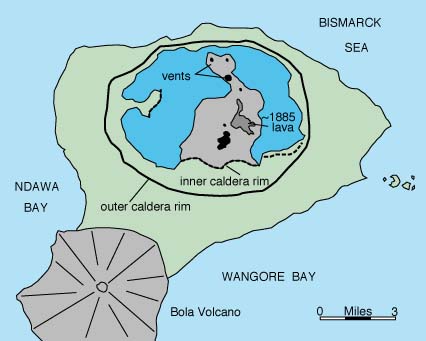