Today, some of active volcanoes which potentially produce serious volcanic hazards including pyroclastic flows, laha, ash fall, and volcanic bombs are located near big cities.  The Japan Meteorological Agency uses a rank of time scale and a table for alert levels in different intensity of volcanic activities and notify people in the cities for their protection.

Unzen Volcano is one of the most famous active volcanoes in Japan. The volcano is located in the northwestern Kyushu Island, Japan and is also sitting near the big city named Shimabara.  In November, 1989, scientists observed the first volcanic earthquakes and found the first eruption on February 12, 1990.  The most recent eruption occurred on February 10, 1996.  Between 1990 and 1996, the Unzen volcano created a magma dome and produced various sizes of pyroclastic flows more than 10,000 times by collapsing the surface of the magma dome.  Also, the volcano produced laha many times and destroyed more than 2,000 building during those years.  In 1993, the lava dome collapsed and produced the biggest pyloclastic flows.  Totally, 44 people were killed and 12 people were injured by the pyroclastic flow (1). 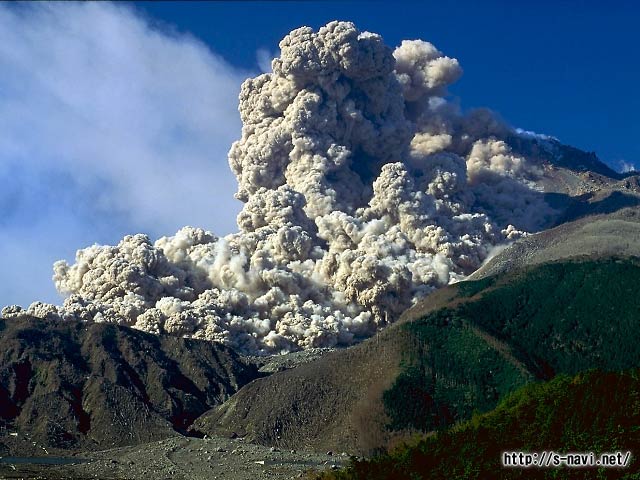 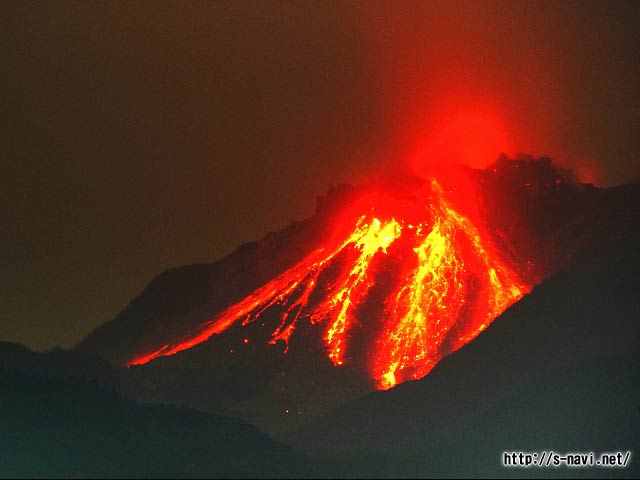 Sakura-jima volcano that is located in the suthernwest Kyushu Island is the most active stratovolcano in Japan. The resent eruption occurred at 2 a.m. on May 11, 2010.  The eruption was a small scale, but the observatory recorded more than 500 eruptions in 2010.  Now the elevation of the volcano is 1,117m, and produced 17x23 km wide of caldera on the peak.  Because this volcano is also sitting near the large city, called Kagoshima City, the historical records show that the volcano produced pyroclastic flows and laha when the eruption was higher than Volcanic Explosivity Index (VEI) 3.   Also, there were some people killed by the eruptions.  The most recent eruption in 2010 was recorded VEI 3 (2).